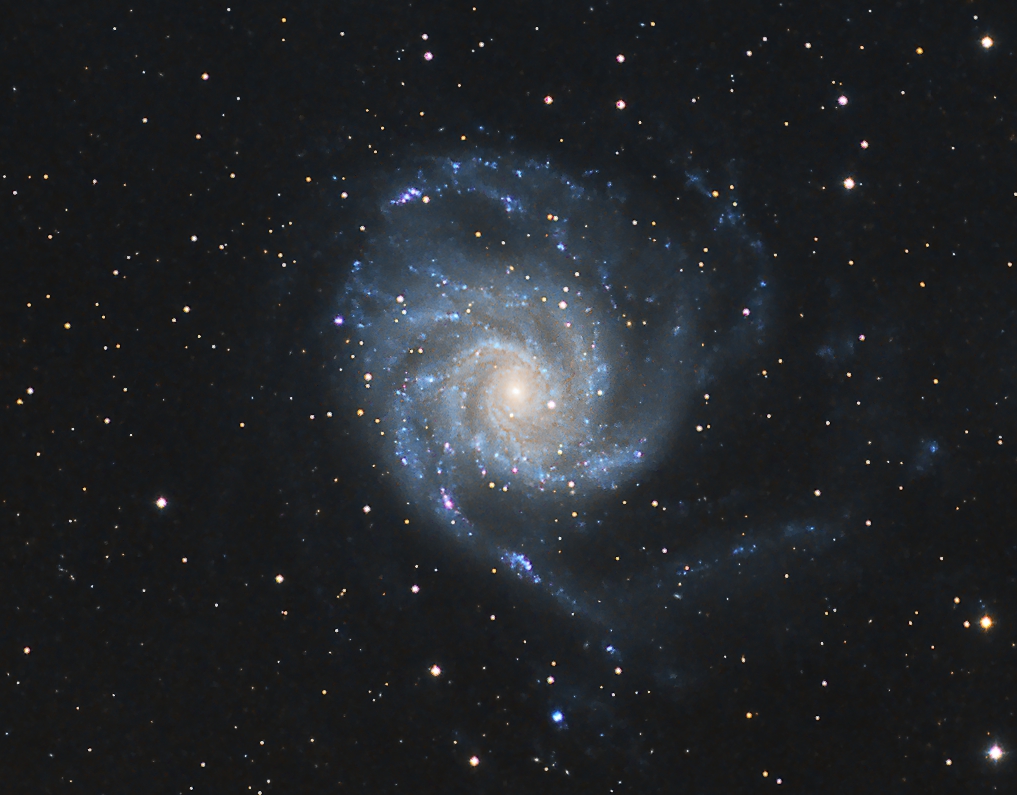 The Pinwheel Galaxy (also known as Messier 101, M101 or NGC 5457) is a face-on spiral galaxy distanced 21 million light-years (six megaparsecs) away from earth in the constellation Ursa Major. First discovered by Pierre Méchain on March 27, 1781, it was communicated to Charles Messier who verified its position for inclusion in the Messier Catalogue as one of its final entries.

M101 is asymmetrical due to the tidal forces from interactions with its companion galaxies. These gravitational interactions compress interstellar hydrogen gas, which then triggers strong star formation activity in M101’s spiral arms that can be detected in ultraviolet images.