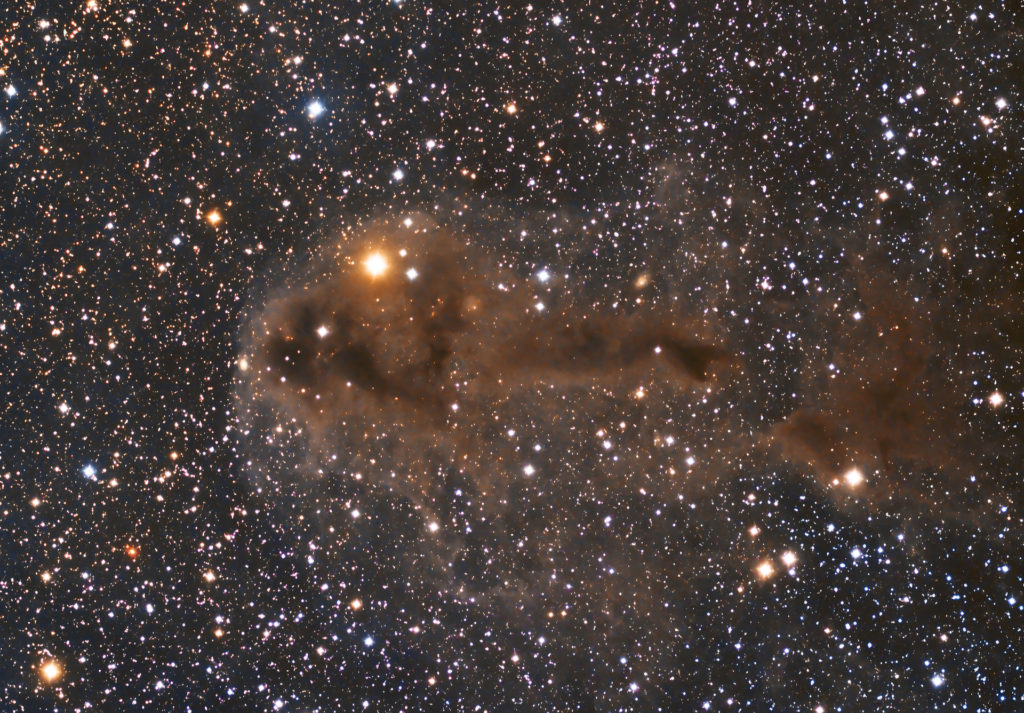 The nebula complex in Cepheus (known also as Star Formation Region in Cepheus) is a vast region in the Orion Arm that is rich with giant molecular clouds and groups of blue stars, very young and brilliant; its name comes from the northern constellation of Cepheus.
Together with the molecular nebula complex of Orion, this is one of the star formation regions that is closest to us, even if it is way smaller; moreover, compared to the Orion complex, the Cepheus region appears to be very clouded, especially for OB associations, by closer vast dark nebulae.

The greatest part of the complex is quite off-center compared to the galactic plane, in an area between the galactic latitudes 0° and +30°; the first person who noticed that this area in the sky, just north of the Milky Way, contained something strange, was the astronomer Edwin Hubble, who noticed a total lack of galaxies in this direction, symptom of a strong clouding of the region because of cosmic dust. Nevertheless, only during the 60s the region started to be studied, and it was revealed to be one of the brightest nebula and star complex in our spiral arm.

The complex is formed by eight structures with different features and position, which contain more than 200 nebulae more or less brilliant, that can be seen in visible light and especially in infrared light; many of these nebulae are associated to open clusters, like NGC 7129, or to great and shiny OB associations, like IC 1396. The OB associations present in this region are four, some of them are composed of stars that were created in different stages of the complex evolution.